As some of you already know, I'm currently finalling a game called Space Marine. So it's obvious that everyone needs to shift to the Shipping Mindset.

The Shipping Mindset is basically about being extra careful on changes you make since everytime you touch something, there is chance that you break something else. Sure, normally it's not that bad. You can fix it sooner or later, but at this time, you wouldn't have enough time to test everything that used to work again. So what happens if a crucial bug doesn't get caught by the time the game is submitted to the first-party publishers, such as MS and Sony? You will fail at certification, and you will re-submit with the fixes. Not bad. eh? Oh, did I tell you that each submission easily cost the half of your yearly salary? Now you think it's bad? Hope so. 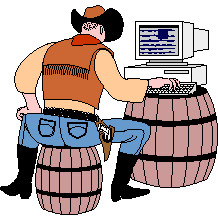 So, with the Shipping Mindset, this is what you MUST and MUST NOT do.

Programmers, please be considerate and be responsible for your code at least once when you are finalling. I seriously beg you.